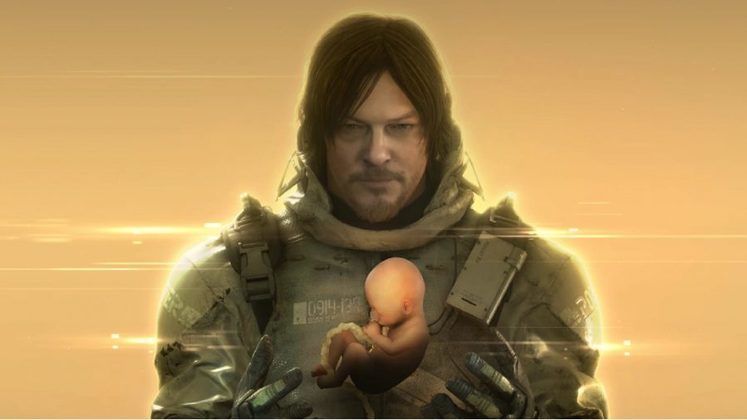 Kojima Productions’ epic ramble ‘em up takes the road back to PC once more, and this time it has been loaded up with some extra goodies in its backpack.

Considering how divisive Death Stranding appeared to be upon its initial release, it’s managed to clamber up and away from most criticisms and show itself as one of the most interesting big-budget games of modern times. A big part of that is realised to the fullest in its Director’s Cut edition.

Don’t let that moniker fool you. This isn’t just Death Stranding with a few extra cutscenes lovingly lingering on Mads Mikkelsen as he smokes (which is some respectable restraint from Kojima to be fair). It’s more in line with what the majority of this team used to do with Metal Gear games. Extra stuff such as new missions and modes are there, obviously, but a rummage deeper into Mr. Reedus’ postbag sees a bundle of quality of life improvements to the game’s structure. 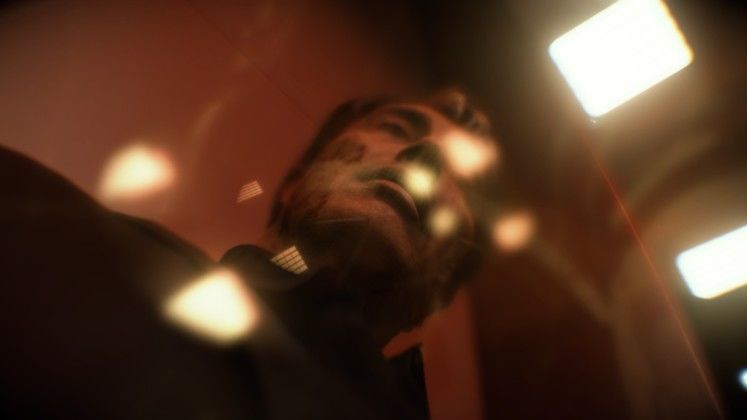 No extra Mads in this package sadly

It’s a welcome raft of changes for anyone who found the original setup somewhat obtrusive to their enjoyment, or indeed anyone who simply hasn’t had the time to check Death Stranding out yet. So a nice recap of what Death stranding is might be worth a go.

Set in a future where a strange plague, seemingly caused by a connection to ‘the other side’ sees most folks locked up inside their homes, which leaves the world’s needs in the hands of the postal service of the future; The Porters. Making the Porters job that bit more taxing than some achy muscles is rain that ages any living thing it touches, and the fact it also brings inky ghost-like monsters called BTs into existence. They can’t see, but they can sense living beings that get too close, and will actively pursue their quarry and drag them into an inky sea of death.

Death Stranding’s story focuses on one particular Porter. Sam Bridges (played by Boondock Saints and Walking Dead actor Norman Reedus) is a reclusive delivery man who is reluctantly called in to help connect America via a previously abandoned network in hopes of restoring peace and prosperity. Being a Hideo Kojima game, it’s not even that simple for Sam. Along the way, he picks up a dysfunctional baby in a jar that can sense BTs, battles against a terrorist group out to blow up the world, and faces off against a persistent supernatural foe who wants his jar baby. It sounds ridiculous in isolation, and to even try to explain it here in more detail would take a good deal more paragraphs, and I’m sure you’d rather hear how the game plays, right? 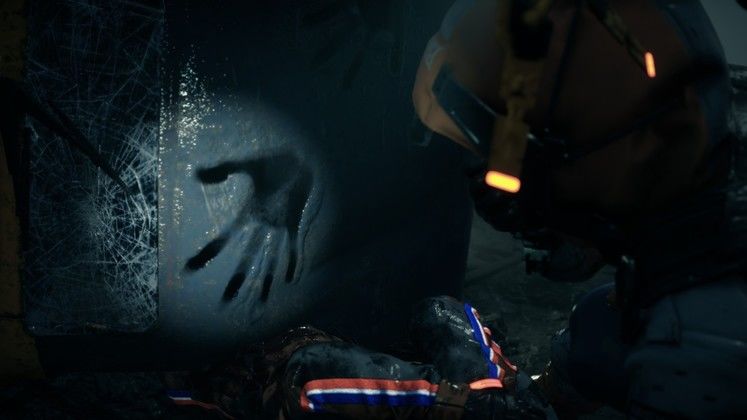 Get used to seeing these supernatural handprints

The key to Death Stranding is in its traversal. How many open-world games have you played where going from A to B has been the least enjoyable part of the experience? Death Stranding makes the act of walking relevant and weighty. The player needs to take a host of factors into account when setting out on a journey. At the outset, it’s the following three questions you need to answer. What’s the best route? What tools will I need? How’s the weather going to be? Once you get that squared away, along comes the minutiae of the journey itself. Sam can stumble over rocks, lose balance, get swept away in currents, and the worst part of that is you’ll probably damage the goods he’s carrying more than Sam himself. Or you’ll make the baby cry, and why would you make the baby cry?

The point is, this constant need to pay attention to the journey keeps you engaged in it. There’s great satisfaction in overcoming even the smallest obstacles, and as you get deeper into the game, the size of the challenges becomes both more daunting and more enthralling. It’s a system that greatly benefits the world it inhabits too because it forces you to take in the natural beauty of a largely uninhabited land at a pace befitting of its mechanics. There’s been lots of games I’ve stood and admired the scenery in over the years, but the way Kojima Productions approaches it is something else entirely. By all rights, it’s a rather sparse world, but it truly makes the most of it.

The Director’s Cut makes a few tweaks to the more trudging aspects of traversal. There’s a wider range of delivery options to make life a little easier, and a few extra tools thrown into the mix for good measure. In fairness, the core of what was already there needed little in the way of changes, but there’s no denying it’s a more accessible game now. 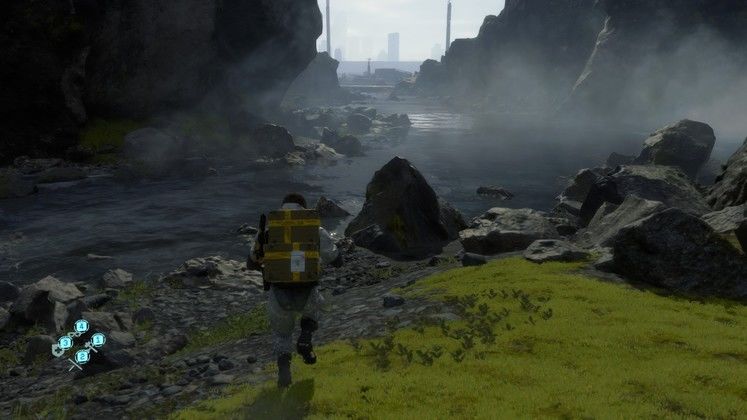 The improved combat mechanics are another key addition. Sam’s actions are a little more fluid when fighting human foes, which makes fighting back when cornered a more viable option than before. The active discouragement of lethal combat still keeps things interesting too, with plenty at hand to make a non-lethal takedown feasible. Avoidance is, as ever, another option.

The novel use of social features further enhances things. Others can leave structures and items in your world. You’ll never see another player, but you’ll see plenty of their actions. Finding a rope down a steep incline when you’re already teetering on the brink of collapse with your current load is such a sweet revelation because you never know if one will be there, so you can’t just assume it will be okay to take a more treacherous shortcut. Paying it back in kind feels good too, as ‘likes’ rack up for useful structures such as postboxes, shelters, bridges, and ladders left in the right places in the game world. It’s the communal feel of titles such as Rust, but without the heavy hostility that accompanies it. Sure there’s spammy abuse of the system with obnoxious sign placement designed to act as ‘like’ farms, but the majority of the time, Death Stranding’s social features work really well.

What else does the Director’s Cut have to offer? Well, there are new modes for a start. A racing mode lets players create and race on tracks, vying for the best times. Firing ranges come in for practice and hi-score chasing. In terms of the established world and its story, there’s a set of new missions and areas dropped subtly into the existing game, with a smidgen of new stories to go with it. 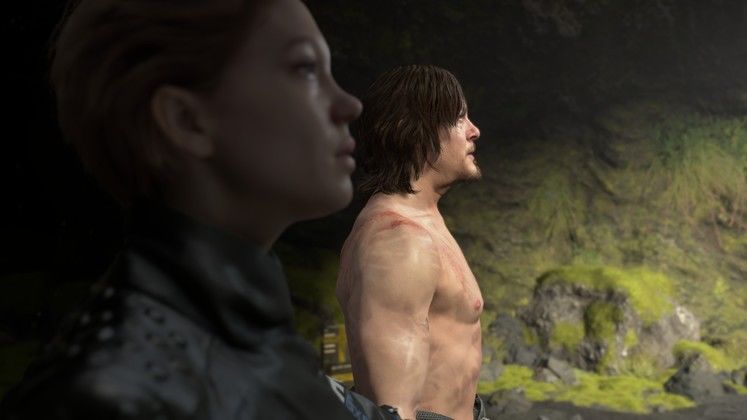 With Death Stranding’s Director’s Cut, the game has become more accessible and improves just enough to warrant a return trip for existing fans. Its love of rambling, both in terms of traversal and in its plot, will likely remain a dealbreaker for some, but there’s no denying that Death Stranding remains an admirable stab at something different in the blockbuster space. 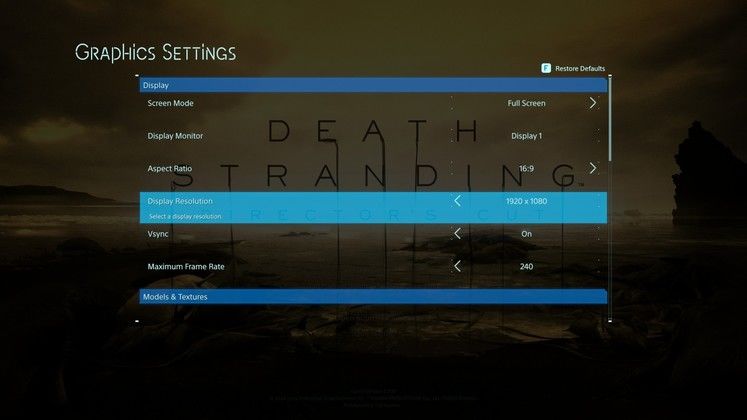 Kojima Productions’ use of the Decima engine is a real showcase for what it can do in the right hands. Death Stranding looks utterly breathtaking throughout, whether that be cutscenes or gameplay. With the power of a PC, it truly pops, and it scales pretty well too.

It was a very rare occasion I saw technical hitches, and even then they were relatively benign. 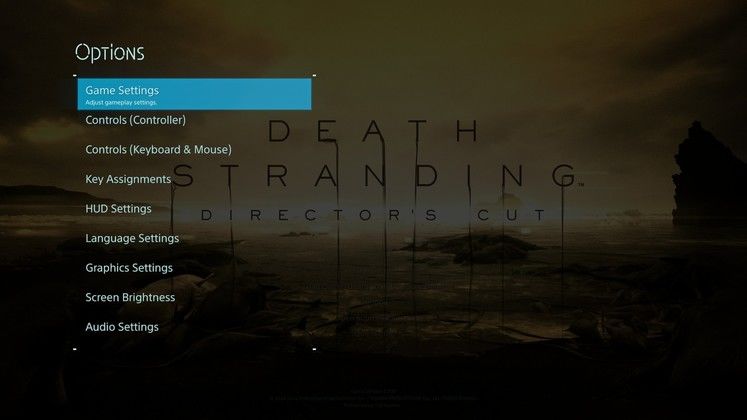 A range of difficulty options, a handful of HUD and performance tweaks, and some general quality of life improvements from the original version of the game. Nothing out of the ordinary otherwise.

With a few of its existing rough edges smoothed out, Death Stranding Director’s Cut manages to be a more approachable experience than its previous incarnation, and for those coming back to it, there’s just enough new to warrant a second journey across America.

Hauling a tricky load across even trickier terrain and getting an S rank delivery? More satisfying than a killstreak.

FIST: Forged In Shadow Torch Gets Physical Edition In September

The Xbox App is Available Today on Samsung 2022 Smart TVs