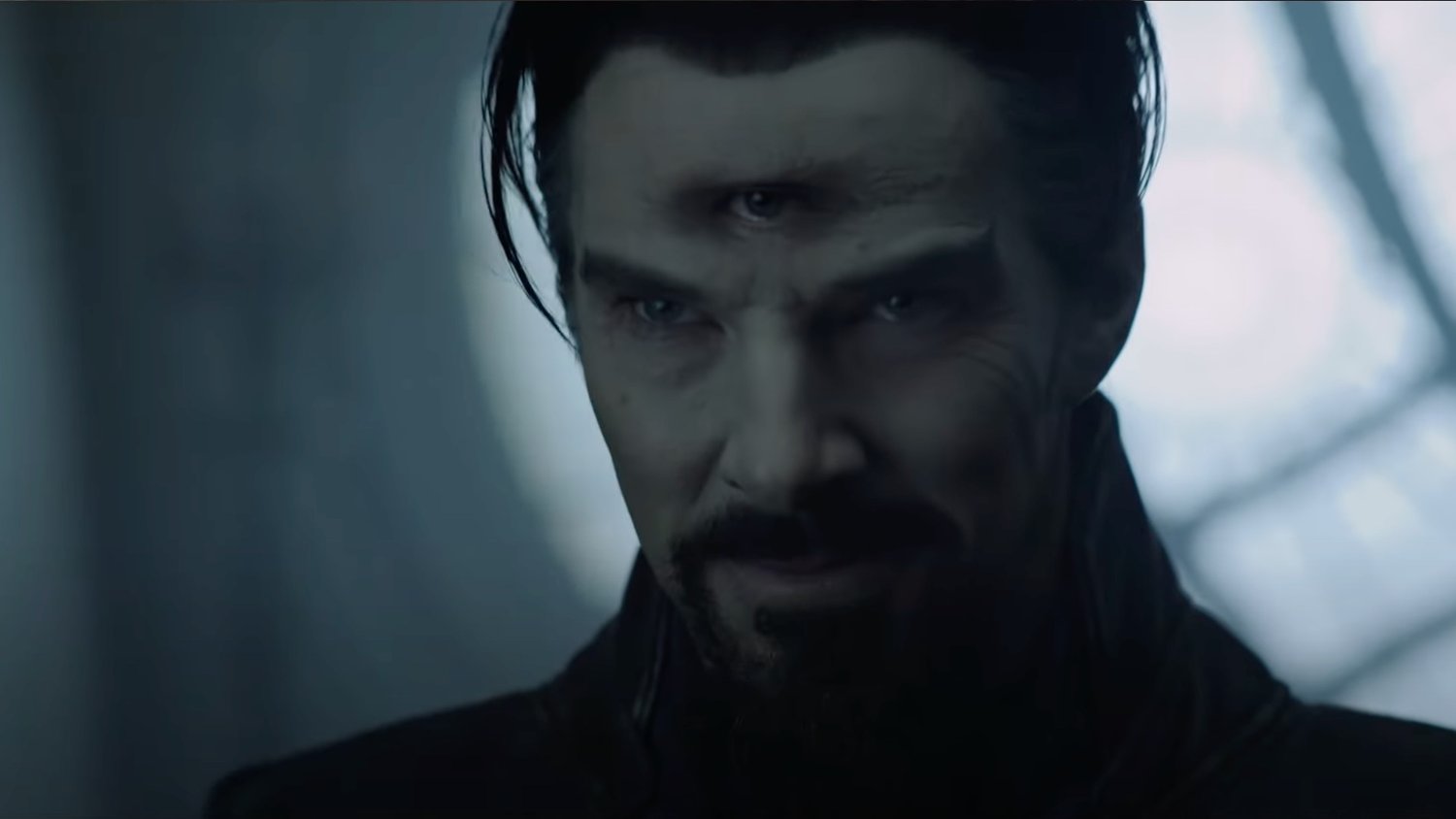 Marvel has released yet another trailer for director Sam Raimi’s Doctor Strange in the Multiverse of Madness. The trailer is titled “Dream” and it’s an extended version of the promo spot that we posted yesterday. This trailer is also accompanied by an eerie rendition of the classic song “All I Have To Do Is Dream” by the Everly Brothers. It’s a fun new trailer that offers up some wild footage of Doctor Strange’s adventure through the multiverse. This is going to be an awesomely insane story!

I also include another new poster that was shared featuring all of the main characters in the story. The cast includes Benedict Cumberbatch as Doctor Strange, Elizabeth Olsen as Scarlet Witch, Benedict Wong as Wong, Chiwetel Ejiofor as Karl Mordo, Rachel McAdams as Christine Palmer, and Xochitl Gomez as America Chavez. Here’s the synopsis:

In Marvel Studios’ “Doctor Strange in the Multiverse of Madness,” the MCU unlocks the Multiverse and pushes its boundaries further than ever before. Journey into the unknown with Doctor Strange, who, with the help of mystical allies both old and new, traverses the mind-bending and dangerous alternate realities of the Multiverse to confront a mysterious new adversary.

Now that Iron Man and Captain America have left after a fierce battle in Avengers: Endgame, former genius surgeon and the strongest magician of them all, Doctor Strange, is expected to play an active role as a central figure in the Avengers. However, using his magic to manipulate time and space at will with a forbidden spell that is considered the most dangerous has opened the door to a mysterious madness called ‘the Multiverse.’ To restore a world where everything is changing, Strange seeks help from his ally Wong (Benedict Wong), the Sorcerer Supreme, and the Avengers’ most powerful Scarlet Witch, Wanda (Elizabeth Olsen). But a terrible threat looms over humanity and the entire universe that no longer can be done by their power alone. Even more surprising, the greatest threat in the universe looks exactly like Doctor Strange…

Doctor Strange in the Multiverse of Madness will be in theaters on May 6th, 2022. I can’t wait to watch this movie!