Reclusive Manchester-based DJ and record producer Fritz von Runte went missing from the music scene over a decade ago. Having not released a record of original material for 11 years, fans were excited when it was revealed The Last Album would be coming their way on November 6th. 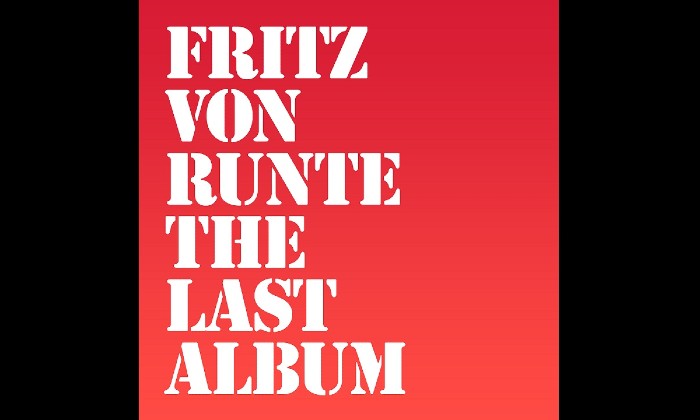 Renowned for breaking all of the rules when it comes to the genre of electronic music, Runte is an artist who has stayed true to his vision from beginning to (expected) end, dropping an LP that combines the best of his talents with those of some stellar collaborators.

One of the most memorable comes from rising star Beca, whose vocals are laid over the aptly-titled Dance Party in the Living Room. The infectious anthem is likely to be the one that performs the best on streaming platforms, not just because it’s the album’s first single, but because it is genuinely a banger you could listen to time and again.

Featuring feminist icon Leslie Winer on the album was also a stroke of genius. The track on which she features – Pioneer B – would be better recognised as a spoken word piece, or poem. Listen closely and you might even learn something…

Oh Dear! Oh Dear! Oh Dear!, along with making me laugh out loud at its title, had me swaying along to its soothing yet weighty synth beats. It’s definitely one of the bigger standouts from the collection.

That’s how a lot of the LP feels. Against all of the odds, it’s mesmerising in its style, and relaxing. There are a couple of tunes that’ll make you want to bounce around, but on the whole it’s something you could listen to while enjoying a bit of R&R.

Is The Last Album going to be something I pop on in my spare time to listen to? Probably not. Would I be happy to hear a handful of these tracks on a playlist when we’re all allowed back out into the open world and onto dance floors once more? Absolutely.

Reporting on Russia in the Trump era

Reporting on Russia in the Trump era

How to Get The Maximum Worker’s Compensation?