Almost three years to the day that Shame released their visceral debut album Songs Of Praise they are releasing the follow up, Drunk Tank Pink. After years on the road, the prospect of no gigs on the horizon through forced isolation, periods of self loathing and a lot of reflection Shame arrived at their new record. 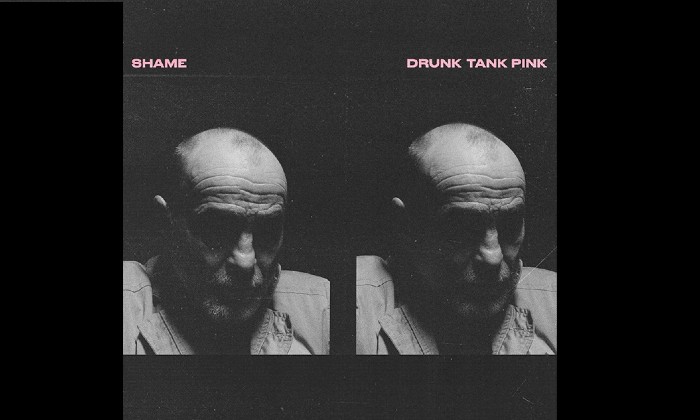 Realising that self-medicating is not necessarily the best way to rest your demons and that partying hard ceases to be enjoyable when the “music stops” front man Charlie Steen took a step back and started to address the situation. In a cupboard that had previously been home to a washing machine Steen squirreled himself away to “reflect and write”. (It is the decor of the room that inspired the name of the album).

The resultant 11 track album, that has already given up four new tracks, is definitely different from it’s 2018 predecessor. The lead track lifted from the album, and the album’s opening number Alphabet, is still in keeping with the band’s Post-Punk proclivities but the new material is more commercially inclined and slightly less confrontational. Shame have seemingly made a similar shift in direction to that which Idles have on their latest album, Ultra Mono.

Shame’s subsequent singles. Water In The Well and Snow Day are also more reserved and considered than some of their previous material. The instrumentation seems more deftly handled, the arrangements are less haphazard and there is more singing than shouting. This is a band that have built on the platform they have established with a renewed confidence and an assured swagger.

Nigel Hitter has a funky bass line to compliment the staccato and “syncopated rhythms” that fly around and is reminiscent of some New Wave bands of the early 80’s. Born In Luton takes the use of irregular and partially fragmented rhythms and splices them together to form a song of many parts fused gloriously into one frantic and frenetic track whilst March Day bounces along with the energy of an excitable youngster. The tympanic percussion is more Indie-Pop than Post-Punk but it carries the song adeptly.

Human, For A Minute is a slower track with a deep brooding bass line. The vocal treatment is more solemn in nature and is as subdued as you’ve ever heard Shame but it works. The layered harmonies towards the end are not what you’d expect however it does emphasise the growing maturity in the band where as the shortest track on the album, Great Dog, kicks you firmly back into a more energised performance that Shame have become synonymous with.

The three tracks that close out Shame’s second album, 6/1, Harsh Degrees and finally the family estate sized Station Wagon all showcase a band growing into themselves. 6/1  is a relentless, forward facing outpouring of emotion, Harsh Degrees an unapologetic frenzy of riotous noise and Station Wagon a sprawling near 7m track that calms everything down with it’s hypnotic, dark bass and almost jazzy percussion.

On Drunk Tank Pink Shame have channeled their mixed emotions of the recent past, used the unhealthy negativity they have experienced and come together to deliver up a striking new album that both surprises and satisfies in equal measure.