A A Williams | Songs From Isoilation Album Review


A A Williams follows up last year’s album ‘Forever Blue’ with her latest release, ‘Songs From Isolation’, a collection of songs she recorded during the first lockdown of 2020. Williams’ third album is a record made up entirely of covers, many of which were requested by her fans during March of last year. It’s unlikely when A A took the requests, that would subsequently make up the main body of her new album, she’d have thought we’d be in a similar situation nearly 12 months on. 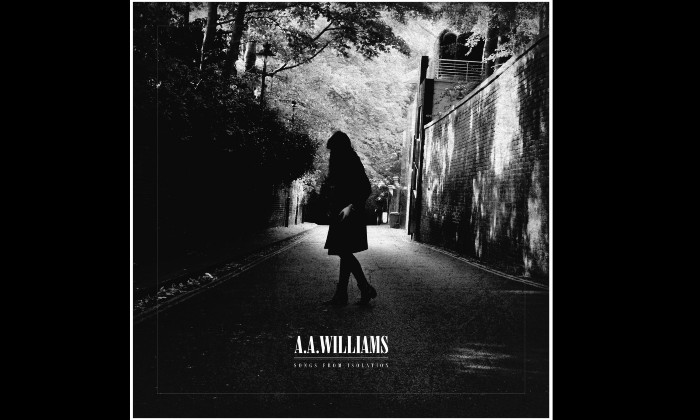 ‘Songs From Isolation’ is A A Williams interpreting iconic, much loved songs and giving them her own individual and nuanced performance. Williams’ comes at each song that she’s chosen to cover from a new angle and from a different perspective from the original. Each song is stripped back and all of them have a fragility so delicate that you can’t help but listen more intently.

The multi-talented cellist, pianist, singer-songwriter and self taught guitarist has rebuilt the tracks on ‘Songs From Isolation’ from the bare minimum and added only the merest, but most effective, of touches.

The Cure’s ‘Lovesong’, played on the piano, is a haunting rendition, slowed down from the original, as are most of the nine tracks on the album, giving the lyrics even more resonance. A A Williams vocal has a measured anxiety to it, as though she’s living through the emotions of the song as she sings. Her version of Nick Cave & The Bad Seeds ‘Into My Arms’ is similarly arresting for the same reason. The softness of the delivery coupled with A A’s carefully calculated restraint makes you hang on every word that she sings.

Following many years of classical study A A Williams is able to bring something to each song that many other artists, including the original writers, may not have even considered. Williams’ take on ‘Be Quite And Drive (Far Away)’ by Deftones is a case in point. The original is a full blown aural onslaught of heavy guitars and pulsating percussion. ‘Porcelina Of The Vast Oceans’ by The Smashing Pumpkins takes a similar, but not so consistent path. The original may have a slow and steady intro that leads you down a false path but when the song kicks in it’s all guns-a-blazing, guitars thrashing about everywhere to accompany the tribal beats. Williams’ love of “all things heavy” stems from her introduction to Deftones many years earlier so she is very familiar with the material but has chosen a vastly different way to interpret each song. Her Deftones cover is a majestic triumph of extended notes and ethereal vocals so far removed from the original that it’s barely recognisable.

Throughout the course of the entire album A A Williams makes each song her own, from the stunning Pixies cover of ‘Where Is My Mind’, released as a single late last year, to the interpretation of Nine Inch Nails ‘Everyday Is Exactly The Same’. It’s difficult enough to rework someone else’s song and get it right once but to have accomplished that nine times over is no small achievement. ‘Songs Of Isolation’ may have arisen as the result of restrictions imposed due to a global catastrophe but it has delivered up a glorious set of the most beautifully interpreted songs you could imagine.

Circular Economy in the High-Tech World