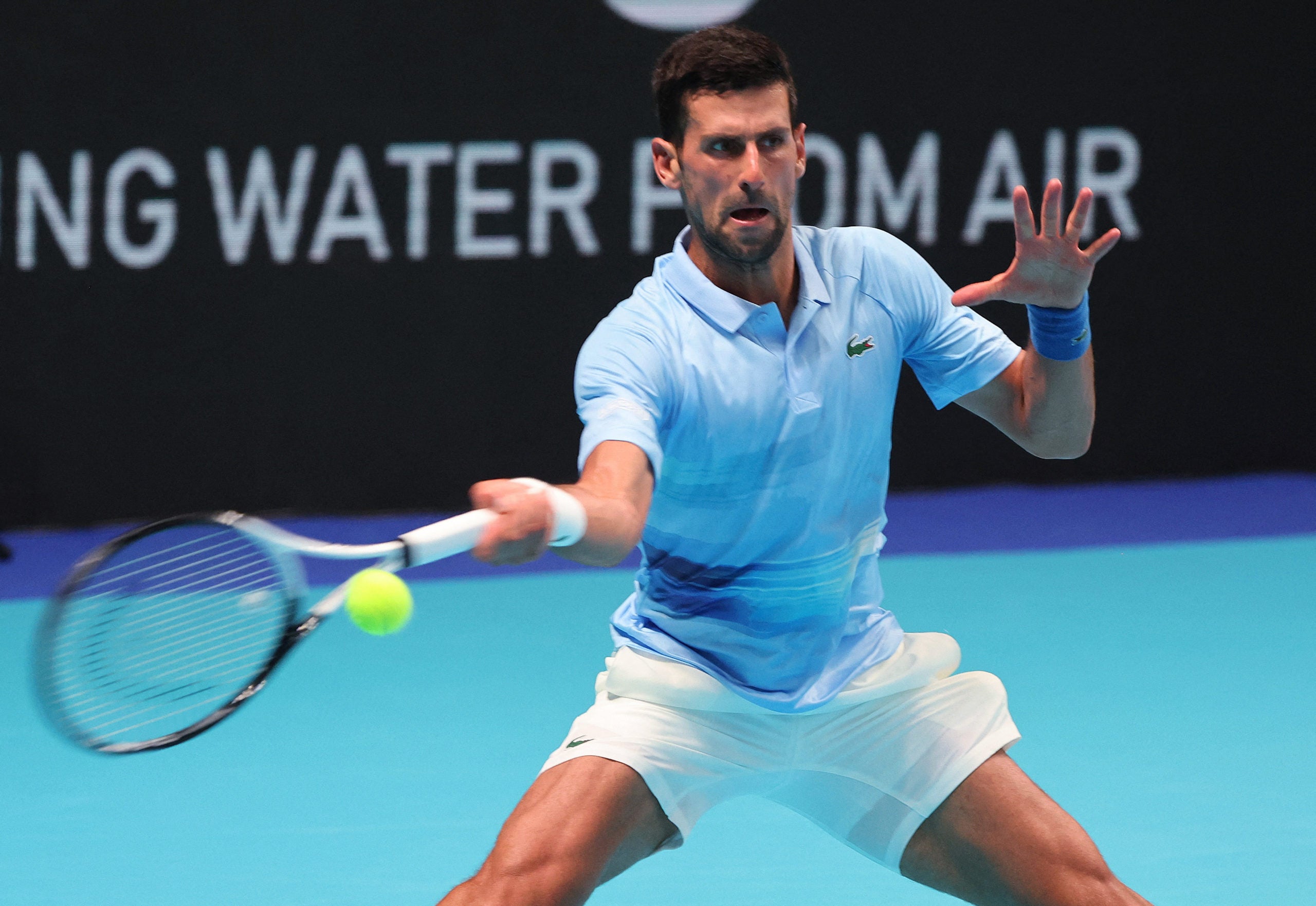 Novak Djokovic, playing a singles tournament for the first time since winning Wimbledon in July, reached the Tel Aviv quarter-finals on Thursday with a straight-sets victory over Spain’s Pablo Andujar.

Djokovic eased to a 6-0, 6-3 win over his 115th-ranked opponent in 86 minutes, firing 30 winners and breaking Andujar four times.

It was the fewest games Djokovic has lost in any match this season.

He was always in control against his Spanish rival who he has now defeated three times, taking control of the match by winning the first seven games.

“The first match started off in a perfect way for me,” said Djokovic, who last played in Israel as a teenager 16 years ago in a Davis Cup tie.

“I won seven games in a row and we were fighting in that eighth game (which took over 20 minutes to complete).

“It was one of the longest games I’ve ever played in my life and I’ve played many, many games in my life. But credit to Pablo for fighting and playing a great match as well.”

Former world number one Djokovic hasn’t played a singles event since capturing a seventh Wimbledon title 10 weeks ago after his refusal to get vaccinated ruled him out of the US Open and the entire American hardcourt swing.

His only other appearance had been in the Laver Cup team tournament in London last week. It was there that he saw long-time rival Roger Federer retire from the sport.

However, the 35-year-old Djokovic, now ranked at seven in the world, insisted on the eve of the Tel Aviv event that retirement was not on his agenda.

“I still want to play tennis even though I achieved pretty much everything that you can achieve in tennis,” said Djokovic, whose 21 Grand Slam titles is just one short of Rafael Nadal’s men’s record of 22.

“I still have passion and hunger to play at a highest professional level.”

Djokovic, showing no sign of the right wrist trouble which bothered him in London, will face Canada’s 149th-ranked Vasek Pospisil in Friday’s quarter-finals.

The Serb boasts a 5-0 career record over the 32-year-old Canadian.

The world number 58 will next play Roman Safiullin.