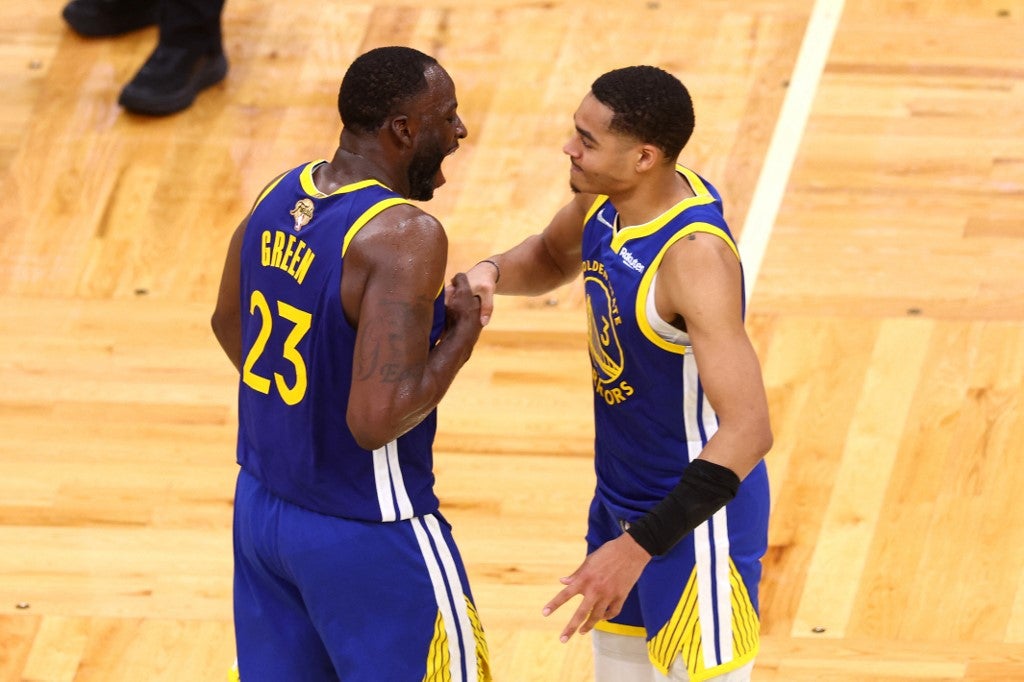 FILE-Jordan Poole #3 and Draymond Green #23 of the Golden State Warriors celebrate against the Boston Celtics during the fourth quarter in Game Six of the 2022 NBA Finals at TD Garden on June 16, 2022 in Boston, Massachusetts. Adam Glanzman/Getty Images/AFP

Golden State is contemplating disciplinary action against Draymond Green after a physical altercation with Jordan Poole at Warriors practice Wednesday, The Athletic reported.

Green forcefully struck Poole after the two came chest-to-chest during a heated exchange, per the report. The pair were then separated quickly.

The Warriors halted practice after the skirmish.

The Warriors are preparing to defend their NBA title in the upcoming season.

Green, 32, a four-time All-Star, is entering his 11th season in the league, all with the Warriors. He’s a seven-time All-Defensive selection.

Poole, 23, is entering his fourth season after the Warriors selected him No. 28 overall in the 2019 draft. He broke out last season, averaging 18.5 points per game in 76 contests (51 starts).

Check Out Tatiana Maslany Twerking Behind the Scenes