Get the HP Reverb G2 for half price this Black Friday 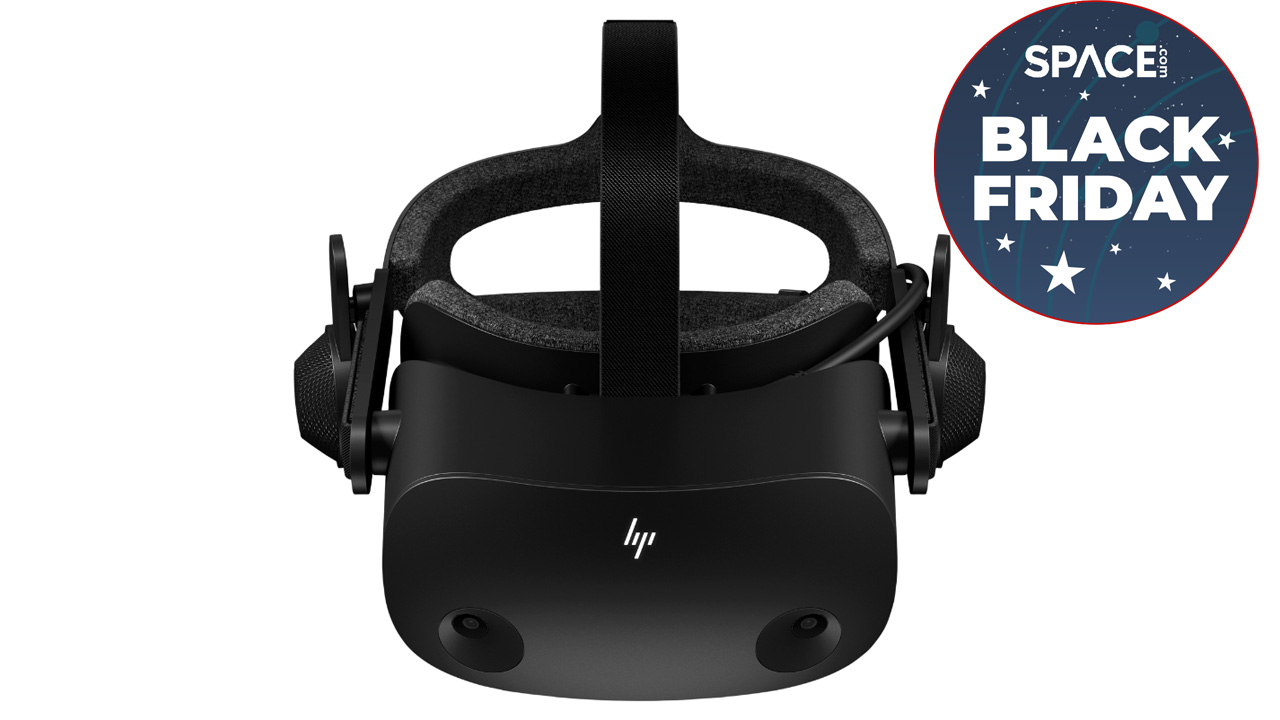 Whether you’re thinking of getting into VR or you’ve already taken your first steps into virtual space, the HP Reverb G2 headset is a great deal at 50% off, down $300 from $599.

You’re not just getting the headset either, it comes with a pair of motion controllers so, provided you’ve got a reasonably powerful PC, you’re ready to go. It’s available for $299, direct from HP’s own website (opens in new tab) as part of their Black Friday sale. It even beats the Meta Quest 2 deal we posted earlier (opens in new tab) on price, which is quite something.

And, because it’s compatible with Steam VR, you’ll have a wealth of VR and VR-compatible games to dive into, including the best VR space games. Half-Life: Alyx, Among Us VR, No Man’s Sky and many more. Or, if VR space experiences (opens in new tab) are more your thing, there’s plenty to explore there too.

The HP Reverb G2 is a ridiculously good deal for both beginners and longer-term VR enthusiasts. At $300 off it’s hard to go wrong with the G2, particularly since it comes complete with motion controllers, something that not all manufacturers include by default.

You can check out our full HP Reverb G2 review to see our full thoughts on it. In particular, we remarked on how easy the headset was to set up, so if you are an absolute beginner you shouldn’t find the task daunting. The G2 also sports an excellent resolution with two 2160 x 2160 LCD panels and while we would have liked more than a 90hz refresh rate that’s still standard for a mid-range headset.

Provided you pair it with a reasonably powerful PC, the HP Reverb G2 is a joy to use. It’s easy to clean, comfortable to wear and unlike a few headsets we’ve tried it accommodates glasses-wearers without the need for a clip-on extension.

Its length six-meter cable means it can easily handle roomscale VR. And the HP Reverb G2’s spot-on aiming means it won’t let you down, whether you’re in a virtual brawl or grasping and manipulating objects.

Half-Life Alyx, The Elder Scrolls IV: Skyrim, whatever virtual world you choose to step into, the HP Reverb G2 will help immerse you that realm. Just don’t blame us when you try sitting on a chair that doesn’t really exist.

In short, it’s a superb mid-range headset and at $299, it’s an absolute bargain. If, however, you’d prefer a wireless, stand-alone alternative, take a look at the Meta Quest 2 (opens in new tab). Or if you want to see what else is on offer, check our our list of the best Black Friday VR headset deals (opens in new tab).

Be sure to check out Space.com’s Black Friday Space deals, or our guide to the Best VR Headsets. (opens in new tab)

Banana With Peanut Butter Is the Best Snack for Better Sleep

Best Exercise Over 50, According to a Cardiologist

Best Exercise Over 50, According to a Cardiologist