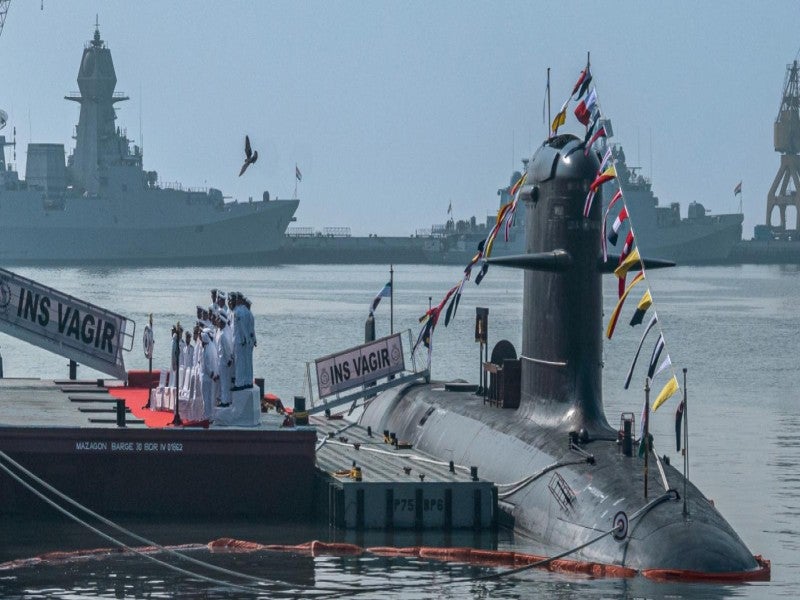 Under a collaboration with Naval Group of France, six Scorpene class submarines are being manufactured in India by the Mazagon Dock Shipbuilders Limited (MDL).

INS Vagir will be a part of the submarine fleet of the Western Naval Command.

Among all the indigenously-built submarines so far, Vagir has taken the lowest build time.

The crew of the previous Vagir, which was a Russian origin Foxtrot class submarine that was decommissioned in 2001, were also present for the ceremony.

The last submarine under the P75 series, the Vagsheer is finishing sea trials and will be delivered in 2024.

Claimed to be potent platforms, the Scorpenesubmarines come with advanced stealth features and equipped with long range guided torpedoes and anti-ship missiles.

Vagir is the third submarine to be inducted into the navy in a span of 24 months.

NMRL and Naval Group of France signed an agreement in Mumbai for the extension of cooperation to enter the detailed design phase for integration of this indigenously built AIP in the Kalvari class submarines.

Under the agreement, Naval Group will certify the AIP design for integration into the submarines.

The AIP offers a multiplier impact on diesel electric submarine’s lethality given that it enhances the submerged endurance by many folds.

Sources: Apple is developing tools to let non-coders use Siri to build AR apps for its MR headset and working on AR content emphasizing...