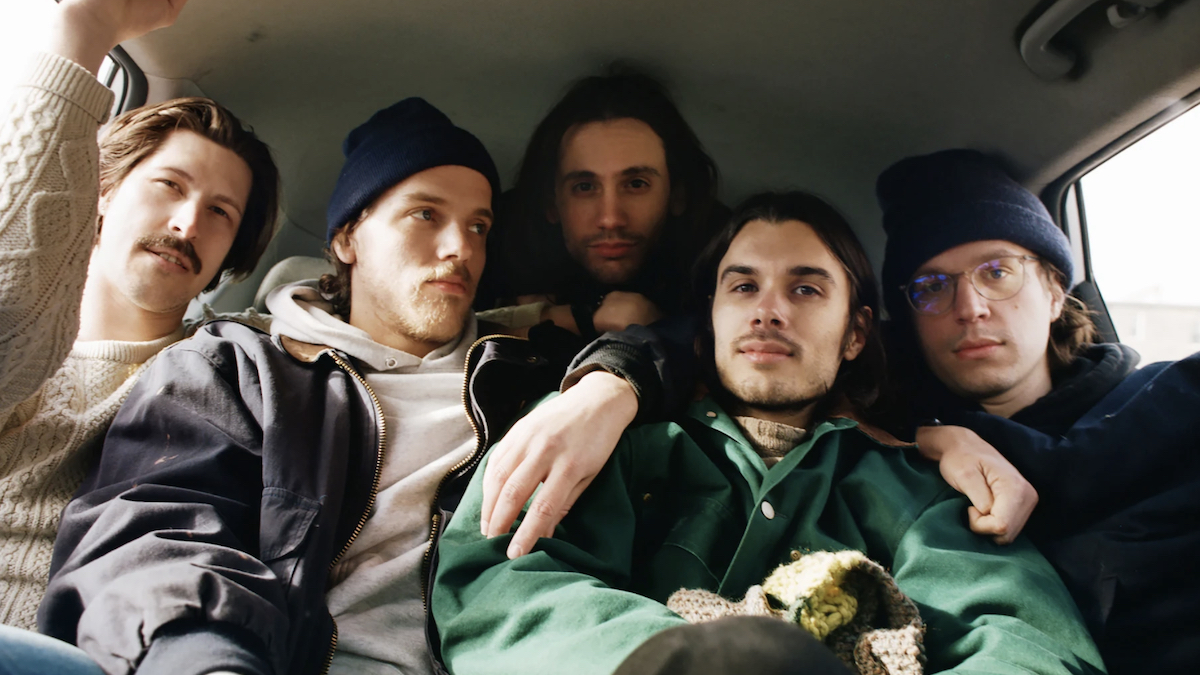 Post Animal are back with another look at their upcoming album Love Gibberish. This time, they’ve shared the hair metal throwback “No More Sports.” Listen to the single below.

Post Animal have never been shy about their classic rock influences, but “No More Sports” takes the ’80s theatrics to a whole new level with choppy guitar, spacey synthesizers, and lyrics like “Going 95 down the highway of burning desire.” Even better, the single comes with a kaleidoscopic, partially animated music video that looks like it was ripped directly from a Guitar Hero performance.

The Chicago psych rockers explained the origins of “No More Sports” in a statement, calling it “an ode to early arena rock of the ’80s with a twist of ego death. All the bravado of a hair metal song with lyrics that examine self accountability. We all deserve to let loose in the circle pit of life, but never at the expense of others. We’re not playing games anymore.”

The band name dropped a few other ridiculous rockers in explaining the video, noting, “We wanted something visually stimulating that emulated the tongue in cheek nature of the song. We all grew up in the Tim and Eric/Tenacious D era of corny, over-the-top animation and think the style is not only hilarious, but entertaining. Plus who doesn’t want a T-Rex AND a dragon in their video???” Watch the clip below.

Love Gibberish arrives May 13th, and you can pre-order it here. Post Animal announced the record by sharing first single “Puppy Dog.” Later this month, the band will embark on a North American tour. Tickets are on sale now via Ticketmaster.