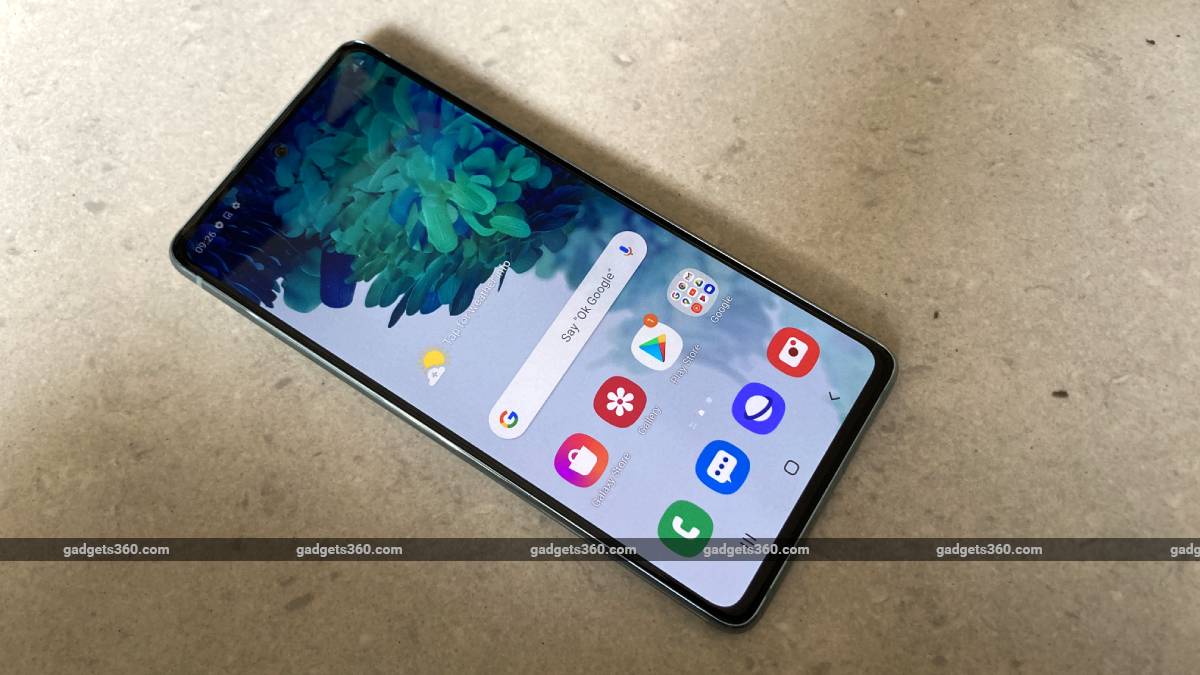 The Samsung Galaxy S20 FE, or Fan Edition, is a more affordable version of the current flagship Galaxy S20 series, but promises all the features and power that fans care about. With prices rising and flagship phones becoming more and more expensive with each generation, there’s an underserved mid-segment that’s typically left to be filled by previous-generation flagship models. However, buyers do like having all the latest features and design touches, so the Galaxy S20 FE, launched in India at Rs. 49,999, certainly could find its own niche.

Samsung didn’t launch a successor to the popular Galaxy S10e (Review) when this year’s Galaxy S20 lineup was first unveiled, but the new Galaxy S20 FE might rectify that situation. It will also be targeted more at younger buyers and will take on popular “flagship killers” such as the upcoming OnePlus 8T and Xiaomi Mi 10T. I’ve managed to get my hands on this device, and here are my first impressions.

In terms of look and feel, there are definite similarities with the Galaxy S20 and Galaxy Note 20 series, particularly the shape of the rear camera module and the way each camera lens is highlighted. The display doesn’t have curved edges, which a lot of people will like, but the sides and rear are rounded comfortably.

The rear panel is polycarbonate, which shouldn’t be surprising. It doesn’t feel plasticky at all – the matte texture is thankfully non-slippery and seems quite resistant to smudges and fingerprints. Competitors might manage to ship metal and glass phones at this price though, and buyers might find that more appealing. However, Samsung does offer an IP68 water and dust resistance rating.

Samsung has chosen vibrant, saturated, non-metallic colours called Cloud Navy, Cloud Lavender, Cloud Mint, Cloud Red and Cloud White – plus an orange version in some countries. This seems similar to Apple’s strategy with the lower-cost iPhone 11. My unit is the mint colour, and it’s actually quite an appealing frosty pastel tone. There are no patterns or reflective coatings here. The frame of the phone is tinted to match, and so is the camera module.

The 6.5-inch screen is actually larger than that of the Galaxy S20 but it has a lower full-HD+ resolution like most mainstream phones. The borders are relatively narrow all around. The Infinity-O camera hole at the top is quite small but appears to have a shiny ring around it which is rather distracting. This is a Super AMOLED panel with a 120Hz refresh rate which is quickly becoming a must-have feature.

You get a 4,500mAh battery which again, is larger than the one in the Galaxy S20. Wireless charging and reverse charging are supported. Oddly, Samsung only includes a 15W charger in the box, but this phone is said to support 25W fast charging. This seems like an odd way for Samsung to cut corners.

With the same Exynos 990 processor as the Galaxy S20 family, power shouldn’t be any problem and games should also run very well. However, most of the competition will be using Qualcomm’s Snapdragon 865 or 865+ which are superior. Samsung has also decided sell only a 4G version of the Galaxy S20 FE in India, and while 5G networks are still far in the future, it’s a bit of a letdown. You get 8GB of RAM and 128GB of storage for Rs. 49,999, with no options. There’s a hybrid dual-SIM slot so you can expand storage, but at the cost of one Nano-SIM.

Camera quality is one of the biggest selling points of the Galaxy S20 and Galaxy Note 20 families, and of course also one of the biggest reasons for their high prices. With the Galaxy S20 FE, you get a 12-megapixel primary camera, 12-megapixel ultra-wide camera, and 8-megapixel 3X telephoto camera. This phone can deliver up to 30X hybrid zoom, for which Samsung uses its “Space Zoom” name.

The front camera has a 32-megapixel resolution which also sets this phone apart from the Galaxy S20, with its 10-megapixel front camera. Samsung is also touting this phone’s low-light photo quality as well as software features such as the creative Single Take mode, which we’ve seen in several models now.

If you want a premium phone with a bit of personality and a lot of current-day features, the Samsung Galaxy S20 FE could fit the bill. I’ll get into the full details of Galaxy S20 FE’s camera quality along with general performance, battery life, software, ease of use, and much more in the full review of this phone, which is coming up soon.

Is this the end of the Samsung Galaxy Note series as we know it? We discussed this on Orbital, our weekly technology podcast, which you can subscribe to via Apple Podcasts, Google Podcasts, or RSS, download the episode, or just hit the play button below.

Can You Redeem Airline Miles For Others?