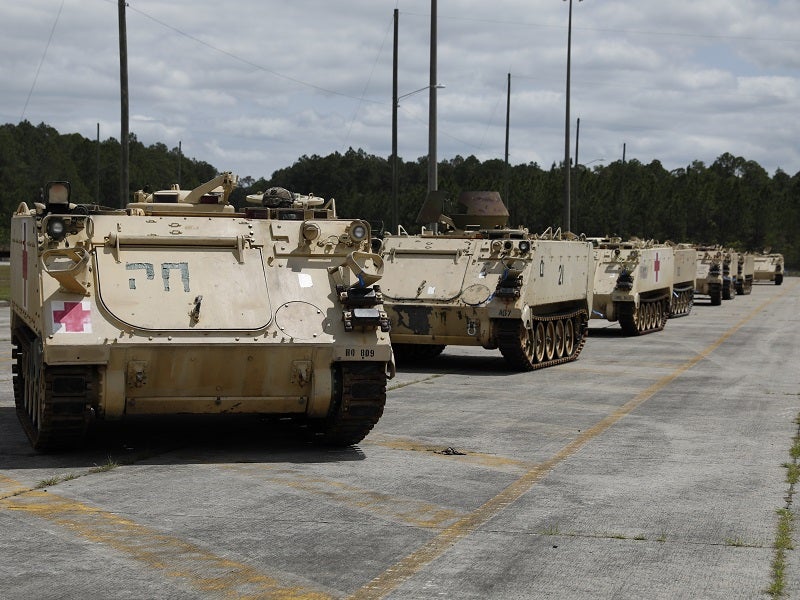 The Republican-led House in the US Congress could raise questions into the value of continued support to Ukraine and further calls for European states to increase their own contributions to Kyiv in its fight against Russia, according to GlobalData analysis.

The topic emerged as a leading issue in the US mid-term elections in Q4 last year, with the US having contributed more than $24bn in military support to Ukraine, although the breakdown of direct assistance versus recapitalisation of US munitions stocks and armoured vehicle fleets is unknown.

GlobalData states that in recent weeks the US’ European allies have taken the step of agreeing to supply Ukraine with increasingly capable armoured vehicles including discussions over the provision of tanks. With the war continuing to be waged on their doorstep, European states will likely pick up the slack of US aid, should Republican law makers interrupt the ongoing flow of US support.

GlobalData’s latest report, United States of America (USA) Defense Market Size and Trends, Budget Allocation, Regulations, Key Acquisitions, Competitive Landscape and Forecast, 2022-2027, reveals that the US defence budget has grown to reach $827.6bn in 2023, a 12% increase from 2022. GlobalData forecasts that the budget will continue to grow, at a rate of 4%, to reach $861.4bn in 2027.

Madeline Wild, associate defence analyst at GlobalData, commented: “The likelihood of Germany joining the UK in sending tanks to Ukraine seems to be increasing. While there have been suggestions around whether Germany will do so if the US does not, European action in providing aid has been largely independent of the US.

“However, the threat of war is much closer to home for those in Central and Eastern Europe and so any slowdown in US aid – which has so far been pivotal to the Ukrainian war effort – would likely result in Europe reassessing the volume and rate of its own contributions.”

However, an approaching debt ceiling has the potential to disrupt US aid to Ukraine. This debt ceiling is a level of national debt put in place by the US Treasury which, once reached, results in government spending being unable to continue.

Wild concluded: “Political reticence attributed to Republican political gains is not the only thing with the potential to disrupt US aid. Economic pressure is being felt by the US with fears that the US will imminently reach the debt ceiling. This will mean that the US cannot borrow any more money, thus restricting spending.

“This year’s appropriations for Ukraine have already been signed off in the 2023 NDAA. However, should the debt ceiling be reached, any future contributions will be prevented until what would be a major financial crisis is resolved. This is especially likely considering the Republican position on how to solve the crisis – through spending cuts.”

Promises of support and military assistance to Ukraine, while welcome, also bring with it an additional logistics burden, with platforms needing to be maintained and supported in the field. With the increasing complexity of platforms provided to the Armed Forces of Ukraine (AFU), such as the UK’s Challenger 2 main battle tanks (MBTs), so too will Kyiv have to be supported in their operation.

Tristan Sauer, land domain analyst at GlobalData, said: “The decision to provide the AFU with the MBTs and armoured vehicles the Ukrainian government has been requesting since the beginning of Russia’s invasion is a significant political milestone for NATO, which had previously seen such measures as too risky to entertain.

“Nations including Britain, France and the US are looking to pressure German lawmakers and other more reluctant allies to supply more heavy platforms, such as Germany’s advanced Leopard 2 MBTs which Ukraine has requested on numerous occasions.”

Continuing, Sauer said that while the provision of more advanced mechanised platforms to the AFU would provide tactical benefits, the strategic impact of these systems on the battlefield would hinge on Ukraine maintenance, repair, and overhaul (MRO) capabilities.

“Acquiring the spare parts and technical knowledge required to keep these new western armoured vehicles operational will prove difficult in Eastern Europe, requiring a secure supply chain between western suppliers and the AFU to keep pace with the heightened rate of mechanical failures or combat losses,” Sauer said.

“Ukraine’s western allies have recognised this imperative, with the UK pledging an equipment support package sufficient to refurbish around 100 MBTs and armoured vehicles. The UK also plans on supplying the AFU with armoured recovery and repair vehicles alongside the 14 Challenger 2 MBTs, however, the inherent lack of logistical support facilities on the Ukrainian frontlines may render these platforms tokenistic at best.”

Ukraine’s western allies have also been forced to adapt their strategic outlooks, with the US Army focusing its modernisation efforts on streamlining expeditionary MRO facilities in Europe and the Asia-Pacific, Sauer added. The European Union’s directorate-general for Mobility Transport is also expanding its budget from €330m to €616m in 2023 to enhance military mobility within the bloc.

“As the conflict in Ukraine nears the one-year mark, the mounting logistical failures of the Russian military and the AFU’s successes continue to highlight the importance of diversified but united supply chains and support networks in the field of international defence,” Sauer said.