What If Cadillac Made A 2025 CT-V Coupe Out Of The Camaro? 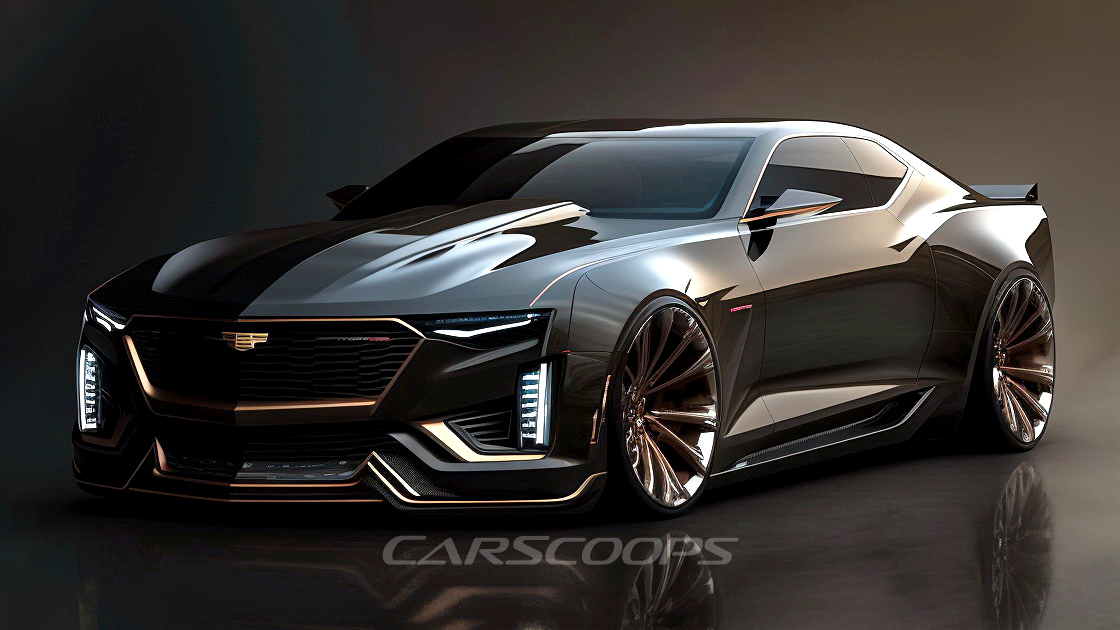 Take a dash of Cadillac, a spoonful of Camaro, and a heap of V8 and what do you get?

This story contains independently made renderings that are neither related to nor endorsed by GM or Cadillac.

As we all know, Cadillac is committed to leading GM’s electric revolution and must, therefore, bid farewell to the likes of the CT4 and CT5 as they currently exist. But what if the automaker wanted to send the cars off with a proper farewell? What if it made one last internal combustion coupe?

We called upon the digital AI tech oracles to find out what a V-series coupe might look like if it were more heavily inspired by the Camaro, with which the CT4 and CT5 share their underpinnings. And the results are kinda neat.

Taking inspiration from Cadillacs new and old while slapping the design cues onto the Camaro’s rough outline makes for an eye-catching creation. The black and gold livery does undercut the Cadillac-ness of the concept a little, while adding in some distinctive “Smokey and the Bandit” flair – which I doubt many will object to.

Moving a layer deeper than the paint, though, it’s interesting to see how the Camaro’s headlights combine rather well with the Lyriq’s vertical lighting elements. Although it could turn into a bit of a mishmash, it works here.

It’s also interesting to see the rear end, with lots of attention going to the roofline and the taillights. There’s something somehow Batmobilesque about the octuple exhaust outlets in of the sketches below, which I say with only admiration.

It should perhaps not come as a surprise that I, an enthusiast, think a coupe looks good, but I can’t deny that these renderings appeal to me. They suggest that rather than messing around with the Corvette for the XLR, maybe Cadillac should have been working more closely with the Camaro.

Now, the inevitable question remains of what engine should go under the hood? If you were in charge of Cadillac, would you give the Blackwing V8 one last gasp, or choose one of Chevy’s exciting new drivetrains?

Honda Is Getting Serious About Electric Vehicles