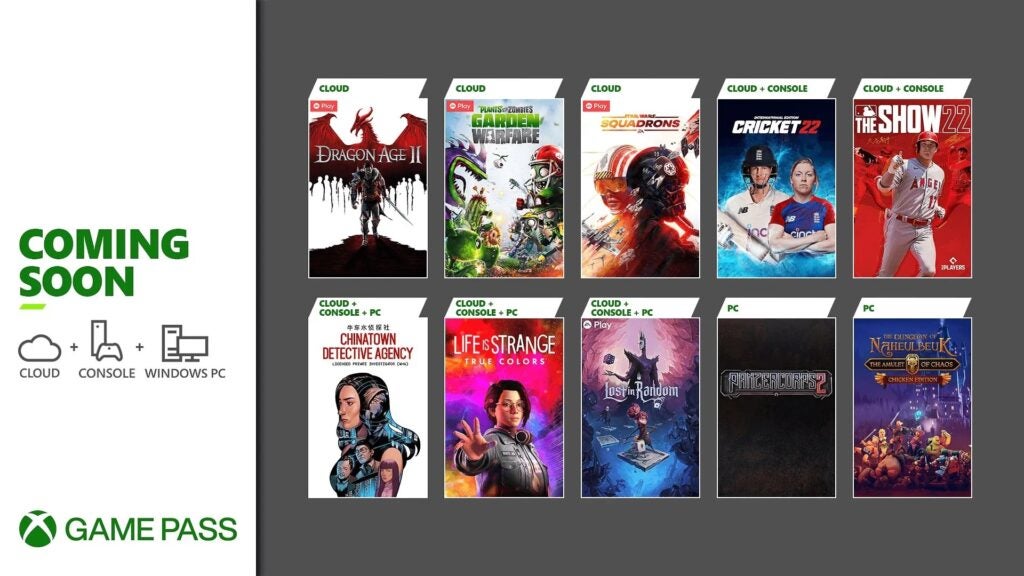 Sony may have announced its revamped PlayStation Plus is coming this summer, but the Xbox Game Pass train continues to roll on with a massive April in the offing.

The April line-up for Xbox Game Pass and Game Pass Ultimate subscribers is off the charts, with some massive titles arriving on consoles, PC and via Xbox Cloud gaming.

Picking a headliner is tough, but given baseball season is just around the corner, we’ve gotta go with MLB The Show 22. While the arrival of this brand new game on Game Pass is significant, the fact it’s made by Sony makes it even more so, considering PS5 gamers have to pay for it. The latest official sim of America’s pastime is available from today on console and cloud.

Sticking with the officially-licensed sports games, we’ve got another historic game that involves smashing a hard ball thrown in your direction at 90-plus mules per hour. Big Ant Studio’s Cricket 22 arrives on cloud and console today. It promises an “authentic recreation of every aspect of the sport provides hundreds of hours of hyper-realistic cricket”.

Beyond the sportsing, Life Is Strange: True Colours arrives on console, cloud and PC on April 7. The legendary Deck Nine and Square Enix franchise abandoned the episodic format to launch a full game for the first time, last autumn.

Our own Thomas Deehan gave the game 4.5/5 stars, saying True Colours was one of the “series’ more refined entries to date.” He added: “Haven Springs is a joy to explore, and Alex’s emotional journey is one that will stay with me for a long time to come.”

Coming soon though, there’s plenty to look forward to throughout the month with some Game Pass offerings joining the cloud-compatible line-up. The dogfighting game Star Wars: Squadrons, Plants vs. Zombies: Garden Warfare and Dragon Age 2 all land on Thursday April 7. PC gamers can also look forward to Panzer Corps 2 and The Dungeon of Naheulbeuk on April 12.