Microsoft has launched a small, but handy update for the Xbox Series X and Series S, which enables the controller to switch the TV input back to the console.

If you’ve watching telly on a different HDMI input, while your console downloads a game or update, you’ll no longer have to grab a different remote to move back to the console input. 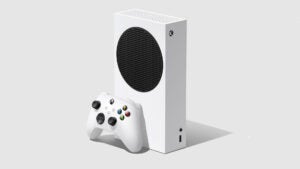 This incredible Xbox Series S bundle saves you over £75

This is the deal of a lifetime, offering up the renowned Xbox Series S, another Xbox controller and the Razer Kishi for Android, all for under £300.

Once enabled, all you’ll need to do is press the Xbox button and your TV will automatically switch HDMI inputs to your Xbox, and you can return to your game. The feature has been in testing with Xbox Insiders since September and PS5 owners have been able to do it with their consoles for ages

Announcing the feature on Twitter, Xbox Live chief Larry ‘Major Nelson’ Hryb said: “Starting today, when you press Xbox button on your controller once you will be able to switch input back to your Xbox. If you are on a different TV input waiting for a download or update, you can press the Xbox button once to switch back to the Xbox input.

It’s possible thanks to the consoles’ HDMI-CEC (Consumer Electronics Control) feature, which enables the Xbox Series X/S to send commands to the TV.

Today’s rollout is only half of the HDMI-CEC features announced by Microsoft for Insiders last autumn. As the tweet below shows, the Xbox team is also planning to make the reverse possible with the ability to control the Xbox menus and apps with your TV remote. That may make it easier to navigate apps like Netflix than the controller, for instance.